Ancient Heaven Sect is one of the nine big influences of the Zhong state.It is located in the mountain range which is the epicenter of the entire state.In Ancient Heaven sect the status of inner sect disciple is lofty as compared to that of outer sect.If innate talent is insufficient disciple can only only in outer sect even being a prince or princess of an empire.

In Ancient Heaven Sect competition is brutal and except for killing daily competition are innumerable.The sect is divided in two parts.

In the outer sect, the number of disciples are many it is founded in many parts of state but places are in control of the sect.There is a quantity of 100,000 outer sect disciples.

There are three lists to set the rank of disciples of sect. Each list accomodates only 100 disciples. 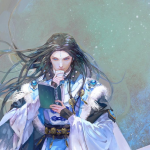